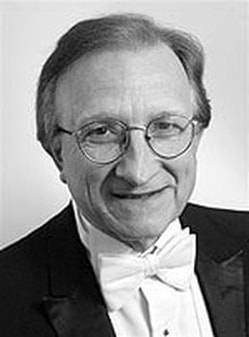 ​Bradford Gowen
​
Prof. Bradford Gowen has received national attention since winning first prize in the 1978 Kennedy Center/Rockefeller Foundation International Competition for Excellence in the Performance of American Music. He earned his bachelor's and master's degrees from the Eastman School of Music where he studied piano with Cecile Genhart and composition with Samuel Adler. He later studied piano with Leon Fleisher and with Dorothy Taubman.

After winning the American music prize, Mr. Gowen made his New York recital debut at Alice Tully Hall and recorded an album of American music for New World Records; in Spring 1998 this recording, Exultation, was re-released as a CD with additional, newly recorded pieces included. On Memorial Day 1980, he performed Aaron Copland's Piano Concerto with the National Symphony Orchestra under the baton of the composer; the next year he performed several more times with that orchestra under Mstislav Rostropovich and Maxim Shostakovich. In January 1985 he performed the world premiere of Samuel Adler's Concerto for Piano and Orchestra at the Kennedy Center. In 1998 he played at the MTNA national convention, and he performed and gave a masterclass in the 70th birthday celebration for Leon Fleisher at the University of Kansas. In 2000, he gave the world premiere of the Piano Sonata of Judith Lang Zaimont.

Mr. Gowen's numerous chamber music performances have included appearances at the Library of Congress Summer Chamber Festival. He has also appeared with cellist David Soyer, with the Kronos Quartet, and with the Guarneri Quartet. He has made many duo appearances with his wife, pianist Maribeth Gowen, including a 1997 Schubert bicentennial concert at the National Gallery of Art devoted to the composer's four-hand works.

He wrote for over twenty years for The Piano Quarterly and Piano & Keyboard, and he made a number of recordings for The Piano Quarterly. In 2002 he wrote a major series of three articles on twentieth-century American piano music for the London-based International Piano. Mr. Gowen has served as a judge for several international piano competitions, including the Kapell, the Gina Bachauer, and the Sydney, and he was a member of the Advisory Committee that created and ran the Seventeen Magazine/General Motors National Concerto Competition.

Since 1981 he has been on the faculty at the University of Maryland, where he was Chair of the Piano Division from 1990 to 1994; since 2004 and 2005 he has been on the faculties of the Levine School of Music (Washington, DC) and the Washington Conservatory of Music, respectively. He is one of the 48 pianists featured in Benjamin Saver's 1993 book The Most Wanted Piano Teachers in the USA. 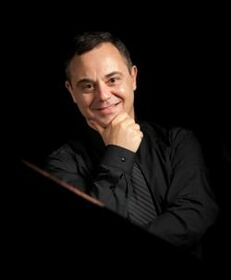 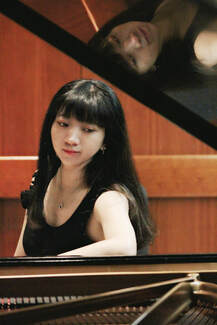 Hanni Zhang​
​Hanni Zhang is an enthusiastic pianist and teacher. Even in her young age, Hanni has more than 10 years practical experience in teaching diverse students from different age, country and culture. The famous and the biggest Chinese newspaper World Journal in the United States published her teaching philosophy, concert review and academic article many times since her fabulous contribution on both teaching and perforiming. Currently on faculty at the International School of Music in Washington, D.C. Hanni entered worldwide competitions and gained many awards, such as the first place winner of the International Maestro Piano and Strings Competition; the first place and third place of TOYAMA Asian music competition；Honored mention place of Pittsburg international competition; She played many solo and chamber recitals through the United State and China, and was invited several times to play in Carnegie Hall in New York.  Because of her fabulous achievements, she was invited as a jury judge in Washington Universal Piano Competition in 2019. She is a D.M.A at University of Maryland majoring piano performance studying with Professor Bradford Gowen, who are featured as “The Most Wanted Piano Teachers in the United States”.
​
Hanni is currently pursuing doctor degree in University of Maryland School of Music, she received her bachelor’s degree from Tianjin Conservatory in China in 2010, and afterward she went to the United State to pursue her master’s degree majoring piano performance and pedagogy at Pennsylvania State University in 2013. A mindset of striving for continuous improvement through teaching and practicing set her apart and bring unparalleled value to all her students. 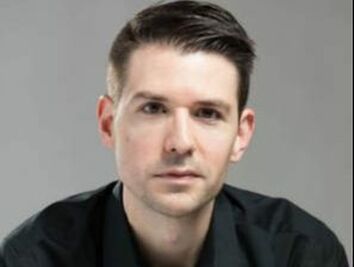 Dr. Michael Angelucci
​​
​American pianist Michael Angelucci enjoys growing acclaim as an artist with a unique and gifted voice.  Hailed as “a great artistic talent” by the A&B Foundation, his compelling craft has won national and international accolades including First Prize in the Bradshaw and Buono International Piano Competition, First Prize in the American Prize National Competition, and the coveted Foundation La Gesse Fellowship, among others.  For Michael, however, the greatest reward lies in forging lasting relationships with audiences through the effusive joy of musical expression.

Alongside his performance résumé, Michael devotes considerable energy to his other great passion: teaching college and pre-college musicians.  Currently on faculty at the International School of Music in Washington, D.C, Michael previously taught undergraduate music majors at the Peabody Conservatory and the University of Maryland School of Music, where he was named a Distinguished Teaching Assistant by the University’s Center for Teaching Excellence.  A prolific clinician, Dr. Angelucci maintains an expanding schedule of master classes and adjudications throughout the mid-Atlantic region.  Recent invitations include the Ivy International Music Festival at George Mason University, and as a returning jurist for the William Knabe International Piano Competition and Festival in Baltimore.
​
Michael holds the Bachelor of Music and Master of Music degrees in piano from the Peabody Conservatory.  He earned the Doctor of Musical Arts degree in piano from the University of Maryland, graduating Phi Kappa Phi with special recognition for his performance dissertation entitled, “Unity Through Variety: Exploring the Cyclic Principle in Selected Works for Piano.”  His pianistic background is shaped by an impressive legacy of artist-teachers including Bradford Gowen, Benjamin Pasternack, Brian Ganz, Leon Fleisher, Ann Schein, Robert MacDonald, John Perry, Hans Boepple, and Dr. Paul Wirth.  Born into a musical family in the snowy upper Midwest, Michael now makes his home in Baltimore, surrounded by an overabundance of scores, an overworked Boston grand piano, and a frequently rotten (but eternally lovable) miniature labradoodle named Gus. www.michaelangelucci.com 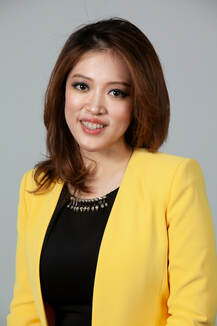 Dr. Susan C. Ha
​
She has appeared at the Carnegie Hall, Interlochen Center for the Arts, World Piano Conference, Intercollegiate Music Association, and College Music Society. Solo performances have included concerto appearances with Shenandoah Conservatory Symphony Orchestra, Mason Symphony Orchestra of Michigan, New River Valley Symphony Orchestra, James Madison University Symphony Orchestra, and Orchestra of the Eastern Shore. Other performance engagements include College Music Society, New Music Norfolk, Summer Arts Festival of Blue Lake, Oberlin College for the National GP3 Conference, recitals with the associate concertmaster of Kimpo Philharmonic Orchestra of Korea, and performances for the Virginia Symphony Orchestra, and lectures/performances at numerous colleges and universities across the United States.  She had also collaborated with the Virginia Opera.  She performs in 25-30 recitals per year at Norfolk State University.
​
As an arts advocate, Ha is the coordinator of Virginia Music Teachers Association’s annual concerto competition.  She serves as an official rater of the AP Music Theory Exams by ETS.  She had taught at Blue Lake Arts Center, The Lincoln University, the College-Conservatory of Music at the University of Cincinnati, and Communiversity Program at the University of Cincinnati. 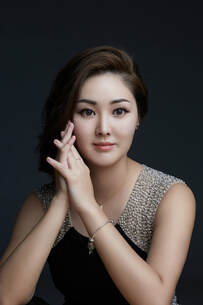 Dr. Hai Jing
​
Hai Jin has performed over 200 recitals throughout United States and Asia. Hai Jin has also appeared as faculty in Music festivals such as Great wall Music Academy and Cleveland International Music Festival, giving master classes at Norfolk State university, Nanjing Xiaozhuang University, participating as an adjudicator at Water Cube Competition and Talent CCTV Competition. She has worked with renowned artists such as Rohan De Silva, Hiram Diaz, Erinn Frechette, Heather Verbeck Harrison, Gao Can, Yi li etc. She had taught at the Preparatory Department of University of Cincinnati College-Conservatory of Music, University of Cincinnati College-Conservatory of Music, and Minzu University.